Egyptologist to Lecture on Art in Ancient Egypt 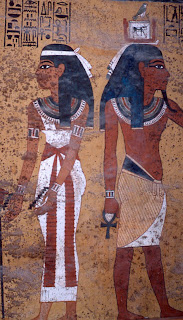 Images of Life in the Afterlife

Lecture by Mohamed A. Shata


The art and history of Ancient Egypt spanned nearly 3 millennia, starting around 3100 BC. Major accomplishments were achieved during 3 periods: the Old, Middle and New Kingdoms which lasted roughly 500 years (2700-2200 BC), 200 years (2000-1800 BC), and 500 years (1600-1100 BC). The ancient Egyptian civilization changed dramatically over these 1600 years, and many of these changes are reflected in the art depicted in wall reliefs found on tomb and temple walls.

The lecture will explore the process, technique and images of the tombs built and decorated for the kings and queens and the nobles of ancient Egypt. The New Kingdom saw perhaps the most glorious tombs. The walls of these tombs, which were very elaborate, deep underground tunnels cut into bedrock, were decorated with scenes of the journey that the king (or queen) would take as they moved from this life to the afterlife. The scenes were highly colored and drawn from vignettes from the book of the dead and depicted the pharaoh in the presence of major deities, making offerings to them.


The tombs of the New Kingdom's noblemen were beautifully decorated with scenes which depicted their daily activities as well as scenes with strong religious overtones. Common people believed the gods would judge them favorably and help them make it safely through the arduous voyage in the nether word to emerge in paradise, where they would enjoy eternal life. These private tombs' decorations were artistically freer, unlike the royal tombs, which were confined to specific norms. 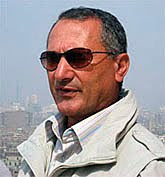 Mohamed A. Shata is an Archaeologist and licensed Egyptologist for the Egyptian Ministry of Tourism. Educated at Cairo University with a degree in Archeology, Shata is a former Inspector of Antiquities at Giza where he worked extensively with Dr. Zahi Hawass, Egypt’s Vice-Minster of Culture and Secretary-General of the Supreme Council of Antiquities in excavating sites in the vicinity of the Pyramids. He participated for two years in the re-assembly of the Solar Boat, worked on the restoration of the Sphinx, was a member of the excavation team of the worker’s village, and  discovered many tombs of Old Kingdom royal family members at Giza. Shata is in demand as a guest lecturer at many museums and universities in North America and Europe, and was a presenter at the Eighth International Congress of Egyptologists: Damietta as a Gateway to Egypt in Ancient and Modern Times.

Posted by University of Wyoming Art Museum at 12:18 PM